HIV/AIDS, grief, and culture in the Kenyan Luo community 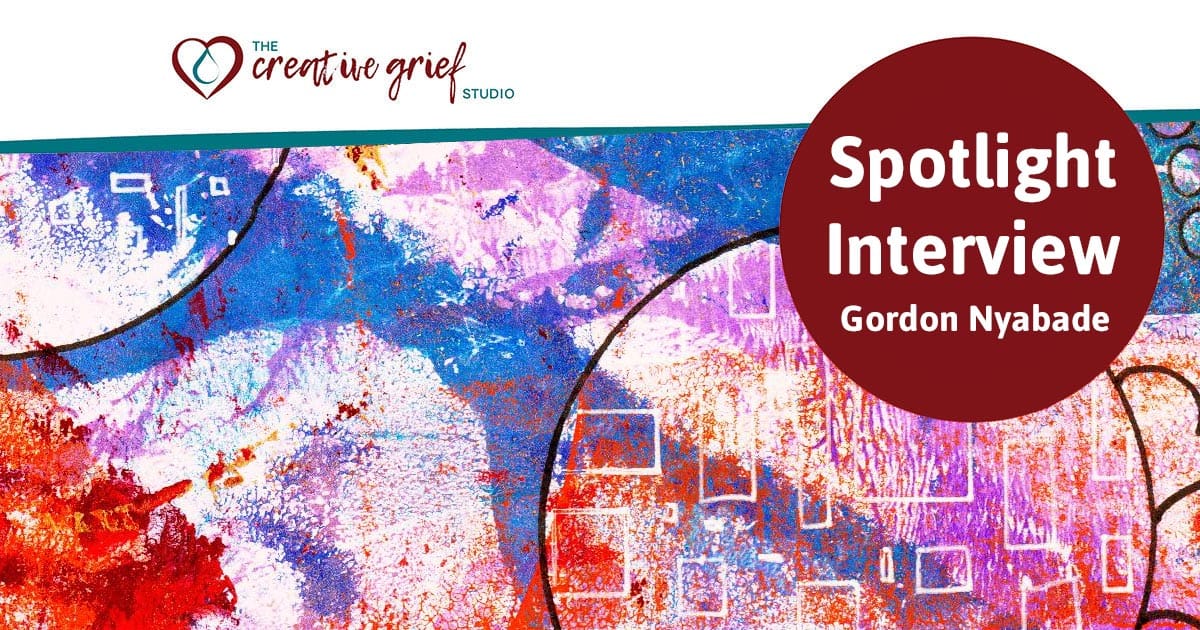 We were so pleased to welcome our first Kenyan into our community of students of Creative Grief Support! Gordon Nyabade, from Kenya in Africa, joined our September 2016 class. We’re delighted to have awarded Gordon with a Creative Grief Studio scholarship, as one small way to support the very important and urgent work he is doing, serving widows and children orphaned by HIV/AIDS.

We have so enjoyed the rich perspectives and passion that Gordon shared with us, in particular his attention to the intersections of poverty, gender oppression, and culture with death and grief. It strikes us as quite remarkable and inspiring that, despite growing up as a vulnerable orphan, and being a man within the Luo community, Gordon has been able to take both a strong and compassionate stand against the ravaging effects of poverty, HIV/AIDS, and certain oppressive cultural and gender practices, on the lives of Luo women and children.

Our conversation with Gordon 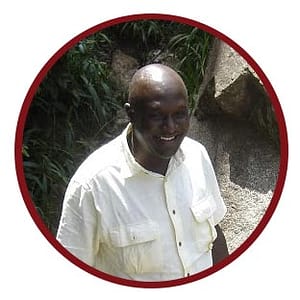 Q: Welcome, Gordon! Thanks for taking the time out of your very busy schedule to talk with us… Would you tell us a little about Kisumu in Kenya? What is life like there? What are some of the things you love most about Kisumu and your way of life there?

A: Kisumu has a population of about 500,000 and is the third largest city in Kenya. It lies on Lake Victoria, which is the second largest fresh water lake in the world. Kisumu was a nice railway and port hub in 1901 and its economy thrived due to the opportunities provided by the Lake and black agriculture, which is productive for cotton, rice and sugar. But Kisumu’s economy collapsed along with the national decline in the 1980’s and 1990’s and, as a result, industries closed, sugar production collapsed, cotton could not compete with imports, and the railways and roads deteriorated.Today, Kisumu and its environment is one of the poorest cities in Kenya. A larger scope of people now live along the lake within Nyanza region, which has a huge number of people living in a desperately disadvantaged economical situation.

I live in a village called Ahero, in Kisumu. Personally, I like living in the village. First and foremost, it’s my home and I am so proud of being a person born and bred here. It has the freshness of air, good scenery of nature, easy life, and most of all it’s where I am connected with the real life of the people in the community. Here I love to see my little home in the village where I have 35 orphan kids under my care. I also like being near Lake Victoria.

Q: I’m wondering – what are some of the common cultural ideas about grief, and ways of grieving that people in Kisumu and surrounds seem to be influenced by? And how do these ideas and practices affect their lives after loss?

A: I have a heart for widows and children in Kisumu, who are very badly affected by HIV/AIDS, poverty, and grief. Some cultural customs around loss, death, and grieving make these things harder for my people. My Luo community who inhabit the Lake Victoria region of Kisumu have common customs, such as wife inheritance and widow cleansing, which threaten to finish a big majority of the population.

In the case of wife inheritance, the widow’s family are expected to identify someone to become the new “man of the household” for the widow. This person might be the deceased man’s brother or cousin, or a friend. Until the widow has sexual intercourse with this new partner, she is considered “unclean”. This man’s main role is to have unprotected sexual intercourse with the widow, in what’s considered a “cleansing ritual.” The widow is obliged to undergo this cleansing ritual immediately after her husband’s death. Luo women who refuse to do this are thought to be unlucky or cursed, and bring taboo not only to her family but also the entire community.

Both wife inheritance and widow cleansing have been cited as contributing factors to the high HIV/AIDS prevalence rate in all our communities. Some widows become infected with HIV as a result of the cleansing ritual, and sometimes the husband has died of HIV/AIDS, infected his now-widowed wife, and she passes the virus on to the new partner in the cleansing ritual. HIV/AIDS is such a great problem. It leaves the people it infects weak, sick, and living with stigma. There is a lack of access to antiretroviral therapy, counseling, and medication, so many people infected with HIV die quickly. This causes a high level of hopelessness. Children become orphans, then drop out from school, and go out to look for sustainability by themselves. They usually are at risk of early pregnancies as a result of having to trade sex to get daily bread or peanut pay.

We have a situation in which people, especially women, are culturally obliged to have sex. The woman may not like it because she knows that the partner could be infected with HIV and pass it on to her. But the culture is so strong that she cannot say no. In most cases in our cultural context a woman is still seen as property bought by dowry. Typically, in a rural Luo family the woman will not even complain when the husband brings another woman home. They have been inculcated to accept the fact that the husband is going to have extramarital affairs. This causes a great deal of grief and rivalry to the first wife.

Also, in Luo community, a man has to have sex with his wife at least once before cultivating his field or on the day of harvest. It is a ritual that has to take place at every stage of the farming process. Domestic violence is another great difficulty and source of grief in the Luo community. Should a wife not make herself available for ritual intercourse, she may be beaten by her husband.

I personally visit every home and village I can, preaching and counseling these poor women and removing them from old rituals and traditions, and leading them to a knowledge of reality about life and themselves. It’s not easy as many are really rooted to such practices because of fear and stigma.

The deaths of both parents in many homes, due to HIV/AIDS, have also caused a terrible and very pathetic situation among children here. Homes collapse and fall into the hands of children at as young as age 9 or 10 when their parents die, and they are left providing for the needs of as many as 5 siblings. We have very many child-headed homes here, and the number is increasing due to the HIV/AIDS death toll being in high increase.

The pain and grief of child-headed homes make me to shed tears every time I move in my community to visit vulnerable children in their homes. I surely can not control my tears many times on seeing the poor, malnourished, dirty and crying children with no care… no food… no hope. I felt a great burden and grief, so I began an Early Child Development school in my home called Happy Kids Academy. Now so far we have 35 kids, most of them between ages 3 to 7 years old, in my home. They are all orphans infected and affected by HIV/AIDS impact in the community. Under our project, “Go Fishnet”, we offer these children free education, free school uniforms, and three meals each day.

In poorer areas within our remote communities women start having sex much earlier. They do not have good education. Most of them decide to exchange sex with money. Usually such women are doing fish mongering along Lake Victoria beaches and are extremely affected by HIV/AIDS due to unsafe sex with the fishermen. This results in huge death casualties and grief at the beach slums. I have a ministry to such ladies as God gave me a huge heart to reach them for Christ with our counseling program. Our project offers these women a rehabilitation program after counseling, whereby we engage them in basket making, or saloon and kiosk running, so they don’t have to exchange sex for money. This program rescues women from getting into early marriage, from dropping out of school, and from an early sex life – all things that cause women here to live with a lot of risk and grief. As you can now see, most of my ministry or programs involve caring and loving the grieving people.

Q: Why have you decided to join us in the September class? How do you hope our training will contribute to your future work?

A: The reason why I decided to join the 2016 September class at the Creative Grief Studio is because of how this class is perfectly matching my program of working with people with grief in Kenya. I love the way Cath and Kara have welcomed me into this class, and this has greatly convinced me that here is where I belong.

I also want to spread the great news of Creative Grief studies and challenge my fellow Sub-Saharan Africans to join and study too. Kenya needs this kind of program in reaching the hurting and grieving souls. Kenya has uncountable losses and someone has to get the training to help them come out of it… here I am!!

I will bring to the class a rich and great African taste of community life and its challenges and griefs. And I am sure we shall exchange ideas, skills and great knowledge in class through discussions, collaboration and networking!

—
Thank you again for inspiring us, Gordon. We’re excited to see how your work develops and deepens in time to come. No doubt we’ll all continue to learn a lot from each other!